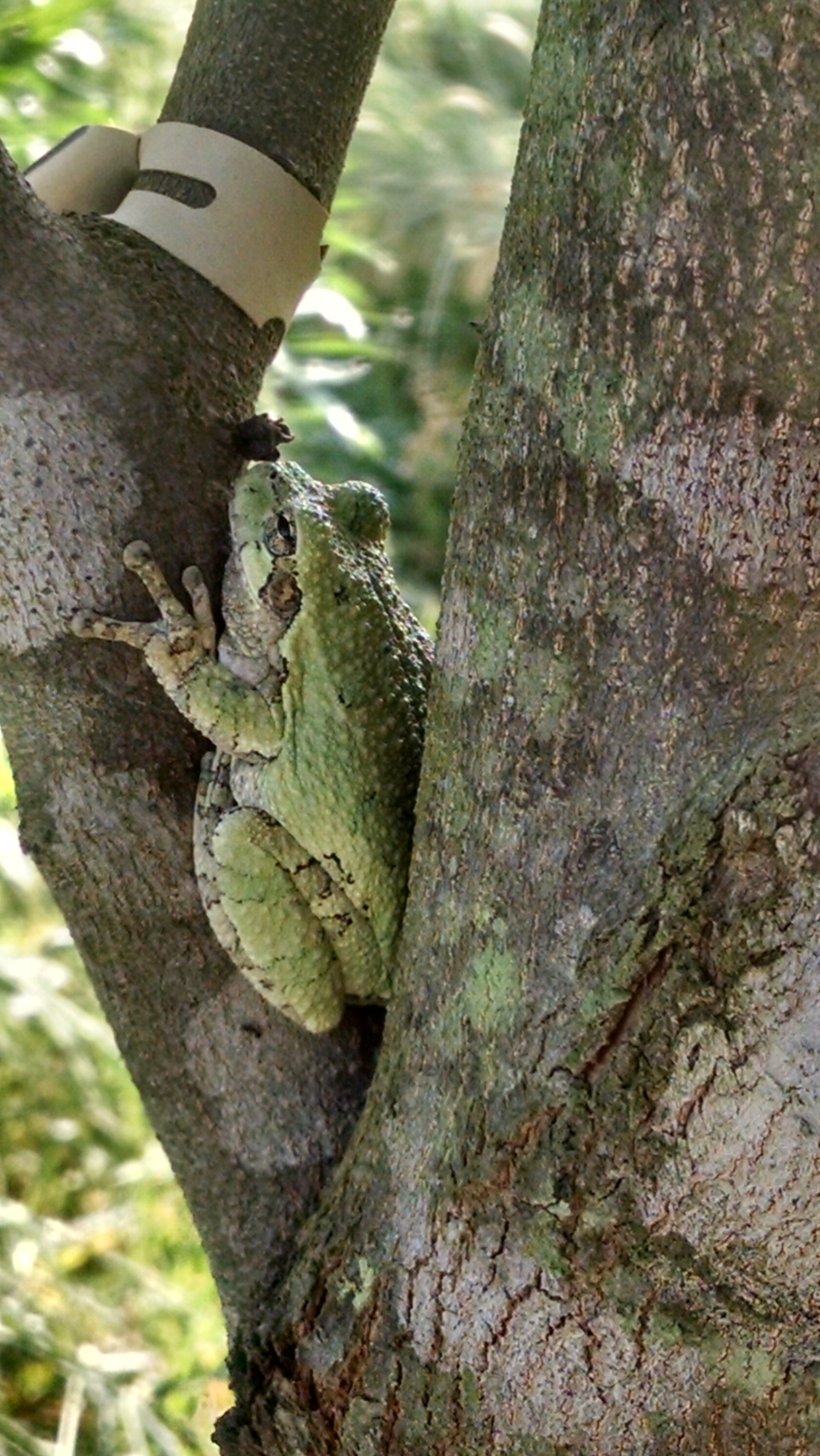 When I began my tenure at Bremo Trees I knew that I would be seeing a lot of neat things, but sometimes I am still amazed by the amount of wildlife that we see in the nursery on a daily basis. Bremo Trees stretches along the bank of the James River, which is a major thoroughfare 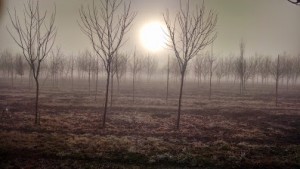 for birds, mammals, fish, insects, amphibians and creatures of all sorts.  This fact has been especially evident this spring, as nearly every day seems to bring a unique sighting.

Last week as I drove into work I watched a coyote run through a field for a good ten seconds before it was able to find cover and disappear.  It was a larger beast than I had imagined, 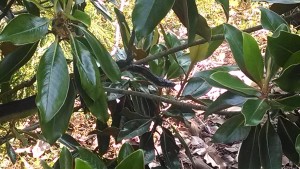 seemingly the size of a hefty German shepherd.  It would not be fun to be a rabbit when this guy is around.

There is a resident bald eagle that shows up every week, gliding along the river bank.   Of course, there  are deer and turkey, which appear along the margins of the fields in the morning.  Most notably, a number of bobwhite quail have been heard calling throughout the nursery this spring.  This is their first appearance on the farm in several years and a promising sign, for local quail populations have declined precipitously during the past few decades.

The trees themselves harbor a fascinating web of life, which this week has    included a variety of tree frogs.  They rest motionless in the crotches of branches, their color nearly identical to the bark and leaves that surround them.  When approached they do not move, for they are confident  in their camouflage.

We noticed that a few young trees were being eaten by deer inside our fenced enclosure.  Eventually, Larry and Salvador discovered a baby deer, but no mother.  Larry displayed Jack Hanna-like courage when he caught the spry lad and released him into the wild.

Not all of the wildlife has been of the cuddly sort.  There have been a number of copperhead snakes lurking by the irrigation pump and a black widow was poised at the base of a tree,  inches from Justin’s hand.  Each rain spurs a new generation of mosquitoes and the biting flies have a way of showing up on the hottest, sweatiest days.

Of course, when speaking of wildlife, I must mention our resident rabbit Bremo (AKA: Buenos Dias).  Since escaping captivity years prior, he has become a regular member of the team.  His 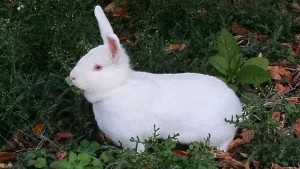 ability to escape and outwit the farm’s predators and still appear so calm and warm the next morning is legendary.

All in all, we are lucky to spend our days at Bremo Trees.   Growing and selling the trees that will one day adorn the American Landscape is a great feeling and doing so at such a beautiful place is all the better.  The next time you are out tagging trees, be sure to keep your eyes open, for there is no telling what you will see.

I left the mountains of North Carolina in shorts and a t-shirt on December 29th.  Exactly one year before the roads in Boone had […]