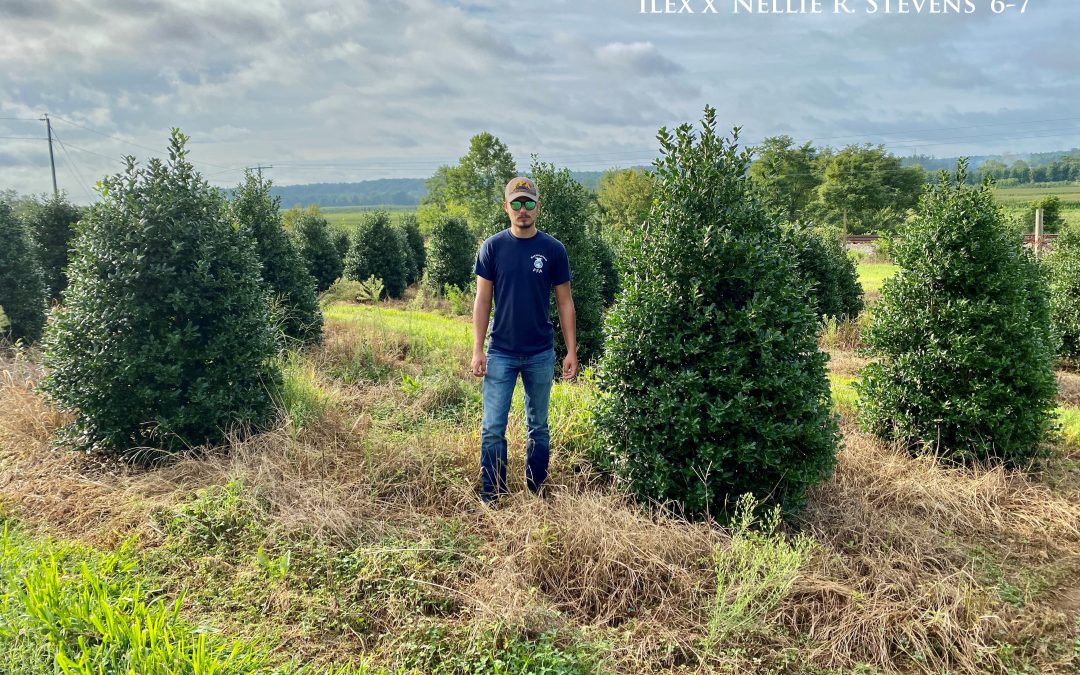 As both a plant buyer and a nursery manager, I have spent the past twenty years buying, selling, and growing trees.  During this time, I have seen over one-hundred thousand trees come and go.  This hands-on experience has allowed me to assess the local reliability and durability of many individual species and cultivars.  Few trees have proven tougher and more reliable than the ‘Nellie R. Stevens’ Holly (Ilex x ‘Nellie R. Stevens’)

The ’Nellie R. Stevens’ Holly is a naturally produced hybrid cultivar of Ilex aquifolium and Ilex cornuta.  A schoolteacher, Nellie R. Stevens, is said to have taken a few berries from a holly upon visiting the US Botanical Garden in Washington DC, in 1900.  These seeds were planted in her garden and grew quietly there for the next fifty-two years.  It was then that Nellie’s niece brough the tree to the attention of the America Holly Society, who determined that it was a new and previously undocumented type of Holly.

Since then, the ‘Nellie R. Stevens’ Holly has become an industry favorite and is widely planted.   It is typically grown as a large shrub or small tree, reaching up to 25’ in height, while maintaining a dense conical shape.  It prefers slightly acidic, rich soil, but is widely adaptable and drought tolerant once established.

‘Nellie R. Stevens’ is a female clone and sets berries without the benefit of male pollination.  It is said that the inclusion of a male Ilex cornuta in the landscape will increase berry set but is not essential.  It’s small, white, spring flowers are a favorite of bees and pollinators, and its bright red berries are consumed by birds during winter.

The adaptability and versatility of ‘Nellie R. Stevens’ lends itself to a variety of applications.  It is tolerant of pruning and shearing and is often used in formal hedging.  It is also dense and relatively fast growing, making it a perfect choice for screening or a living fence.

We have an excellent crop of ‘Nellie R. Stevens’ Holly at Bremo Trees. They are just finishing their first flush of the season and will soon be ready for summer digging.   Please contact us concerning your upcoming holly needs.