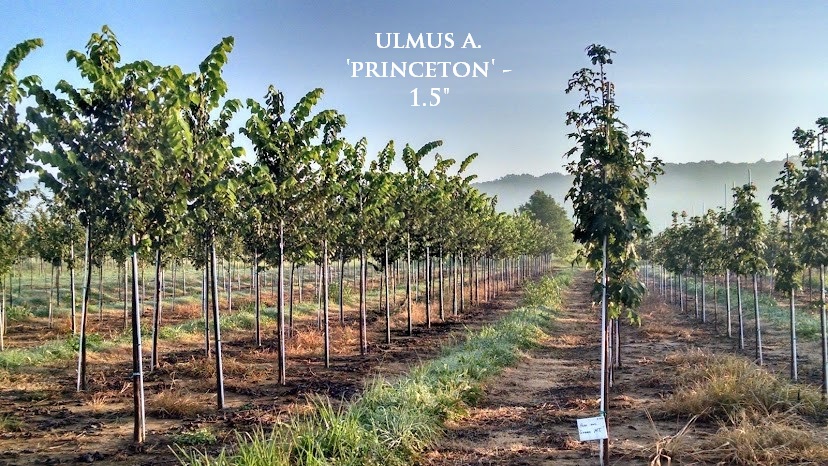 Prior to the arrival of the fungal pathogen Dutch Elm Disease (DED) in 1930, American Elm (Ulmus americana) were widely planted as street trees throughout eastern North America.  Their rapid growth, urban tolerance, and graceful vase shape made American Elm a favorite street tree for many decades.  When planted on both sides of the street, their straight trunks and arching canopies created a tunnel like effect, bringing an elegant symmetry to the urban landscape.

Between 1940 and 1980, over seventy-million American Elm are estimated to have been killed by Dutch Elm Disease, inexorably altering the urban tree canopy.  Spread by the Elm Bark Beetle, the fungus also attacked American Elm in their native habitat, greatly reducing populations in a short time.   The ecological impacts of this loss are incalculable as the American Elm comprised an integral component of many eastern forests.

Luckily, there continue to be a few American Elm that have survived the fungal onslaught and remain strong in the wild.  Some of these are genetically resistant to DED, while most have simply avoided the pathogen through isolation or luck.  In the 1990’s plant geneticists began searching for DED-resistant elms, eventually releasing several cultivars bearing great promise.  While not immune, these cultivars have strongly resisted infection over the past few decades and are again widely planted in urban and residential landscapes.

At Bremo Trees we currently grow the following three cultivars of DED-resistant American Elm: ‘Princeton,’ ‘Jefferson,’ and ‘New Harmony.’   ‘Princeton,’ which was released in the 1920’s prior to the DED outbreak, is likely the most popular and fastest growing.  ‘Jefferson’ and ‘New Harmony’ are initially slower growing and more refined, with fewer branches and wider crotch angles between the branches and the trunk.  In specimens we have planted at the estate, the ‘New Harmony’ and ‘Jefferson’ demonstrate increased growth around the five-year mark, often outgrowing ‘Princeton’ planted at the same time.

We are grateful for the opportunity to play a small part in the resurgence of American Elm.  Hopefully new cultivars will continue to emerge, and interest these historically and ecologically important trees will continue to grow.  We would love to send DED-resistant American Elm to your next project.