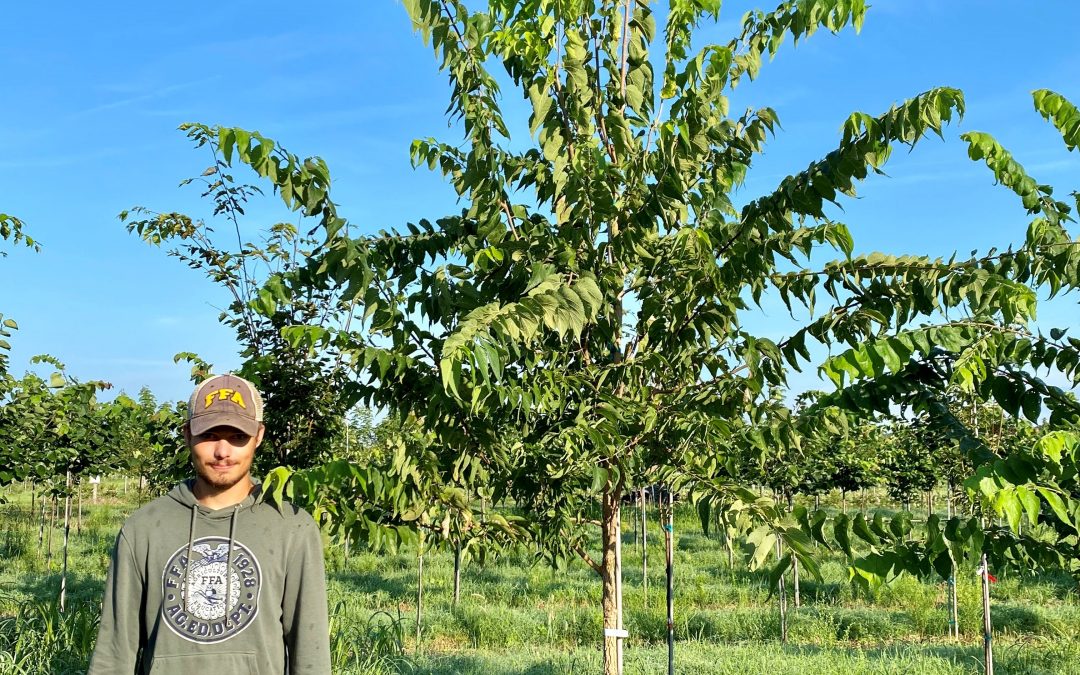 The common Hackberry (Celtis occidentalis) is a large deciduous tree, native to the midwestern and eastern states of the United States.  While commonly found in rich soil adjacent to streams and rivers, it is very adaptable, and may be grown in a wide variety of soil and climatic conditions. Once established, it is drought tolerant and relatively maintenance free.

The ultimate size and shape of the Hackberry varies considerably from site to site, but specimens as large as 110′ have been observed. More commonly they reach heights of 50′ to 80′, with symmetrical open canopies. Their bark is white to gray with distinctive bumps and ridges.

Hackberry produce a small red fruit which is edible and has been utilized as food and medicine throughout North American history. The fruit is also consumed by a variety of birds and mammals. Hackberry is a good companion for other trees as it is rarely aggressive in the wild, comprising a small percentage of forest stands. Hackberry are tolerant of disturbed and depleted sites, making them a useful tool for land managers.

The Hackberry is a favorite of ours at Bremo Trees. It demonstrates great vigor in our rich alluvial river soils, often reaching 2″ caliper in their second growing season. We look forward to bringing a new crop to the market for the fall 2022 digging season.